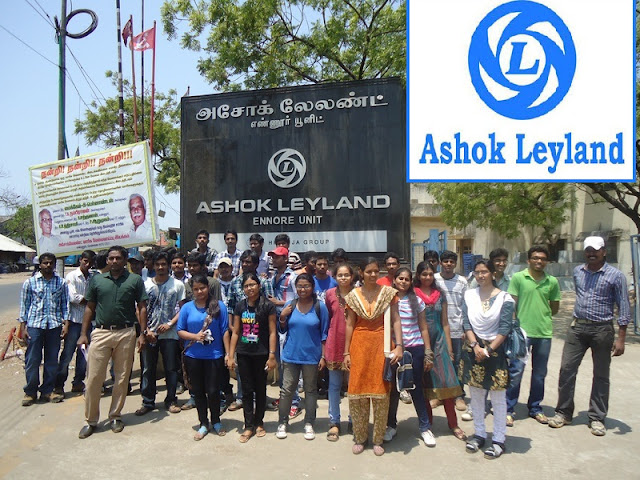 Profile:
sdfsdfsAshok Leyland is an Indian automobile manufacturing headquartered in Chennai, India. Founded in 1948, it is the 2nd largest commercial vehicle manufacturer in India, 4th largest manufacturer of buses in the world and 16th largest manufacturer of trucks globally. Operating six plants, Ashok Leyland also makes spare parts and engines for industrial and marine applications. It sells about 60,000 vehicles and about 7,000 engines annually. It is the second largest commercial vehicle company in India in the medium and heavy commercial vehicle (M&HCV) segment with a market share of 28% (2007–08). With passenger transportation options ranging from 19 seaters to 80 seaters, Ashok Leyland is a market leader in the bus segment. The company claims to carry more than 60 million passengers a day, more people than the entire Indian rail network. In the trucks segment Ashok Leyland primarily concentrates on the 16 ton to 25 ton range of trucks. However Ashok Leyland has presence in the entire truck range starting from 7.5 tons to 49 tons. With a joint venture with Nissan Motors of Japan the company made its presence in the Light Commercial Vehicle (LCV) segment (<7.5 tons).

Ashok Leyland's UK subsidiary Optare has shut down its bus factory in Blackburn, Lancashire.[3] This subsidiary's traditional home in Leeds has also been vacated in favour of a purpose built plant at Sherburn-in-Elmet.

Ashok Motors was founded in 1948 by Raghunandan Saran, an Indian freedom fighter from Punjab.[4] After Independence, he was persuaded by India’s first Prime Minister Nehru, to invest in modern industrial venture. Ashok Motors was incorporated in 1948 as a company to assemble and manufacture Austin cars from England, and the company was named after the founder's only son Ashok Saran. The company had its headquarters in Rajaji Saalai, Chennai (then Madras) with the plant in Ennore, a small fishing hamlet in the North of Chennai. The Company was engaged in assembly and distribution of Austin A40 passenger cars in India.