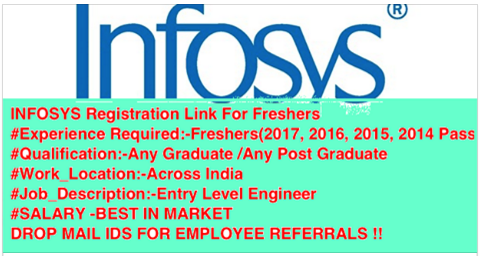 Infosys is the second-largest India-based IT services company by 2014 revenues, and the fifth largest employer of H-1B visa professionals in the United States in FY 2013. On 15 February 2015, its market capitalisation was ₹ 263,735 crores ($42.51 billion), making it India’s sixth largest publicly traded company.

Infosys was co-founded in 1981 by Narayan Murthy, Nandan Nilekani, N. S. Raghavan, S. Gopalakrishnan, S. D. Shibulal, K. Dinesh and Ashok Arora after they resigned from Patni Computer Systems. The company was incorporated as “Infosys Consultants Pvt Ltd.” with a capital of ₹10,000 or US$1,250 (about $3,254 in 2015) in Model Colony, Pune as the registered office. It signed its first client, Data Basics Corporation, in New York. In 1983, the company’s corporate headquarters was relocated from Pune to Bangalore.