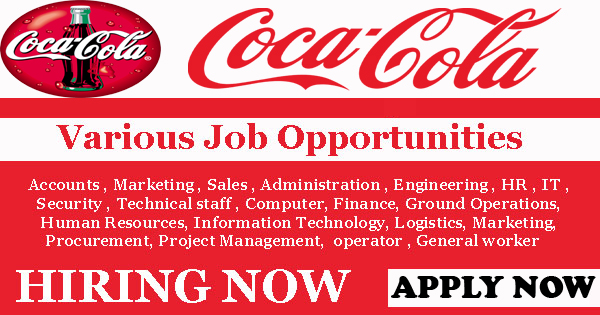 The company's stock is listed on the NYSE (NYSE: KO) and is part of DJIA, the S&P 500 index, the Russell 1000 Index, and the Russell 1000 Growth Stock Index. As of 2015, its chairman and its CEO is Muhtar Kent. In December 2016, it was announced that James Quincey, the chief operating officer would replace Kent as CEO.

Job Info:Extraordinary results, every day
The Coca-Cola Europe Group offers opportunities to excel within a diverse team rich in talent, ideas, perspectives, background and culture.
We have created an environment and way of operating that empowers our people to create extraordinary results every day.

The Coca-Cola Europe Group employs approximately 1,600 Company associates who work with European bottler employees numbering more than 60,000 strong.
Approximately one third of the Company team of 1,600 provides shared services for all of the Europe Group and beyond and manages group-wide resources,
Refer: www.coca-colacompany.com/careers

Required documents for this company
1. CV
2. Resume
3. Degree documetns
4. Copies of all documents