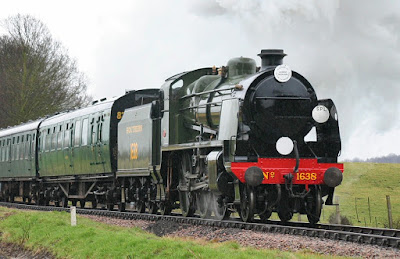 Profile:
The Southern Railway, headquartered at Chennai Central, is one of the 17 zones of Indian Railways. It is the earliest of the 17 zones of the Indian Railways created in independent India. It was created on 14 April 1951 by merging three state railways, namely, the Madras and Southern Mahratta Railway, the South Indian Railway Company, and the Mysore State Railway. The South Indian Railway was originally created in the British colonial times as Great Southern India Railway Co founded in Britain in 1853 and registered in 1859. Its original headquarters was in Tiruchirappalli (Trichy) and was registered as a company in London only in 1890

In 1944, all Railway companies were taken over by the Government. And three years later, when India woke up to independence in 1947, the stage was set for the integration of different Railways into smaller zones. In 1948, immediately after independence, there were as many as 42 different railway systems - a multiplicity of railway administrations, varying in size and standards.

The regrouping proposals put forward by the various committees were studied in great detail to ensure that a unification could be achieved with the least disturbance and dislocation. Important associations of railway users, Chambers of Commerce and Industry, the State Governments and acknowledged experts both in India and abroad were fully consulted

Graduation details - Applicant of Honorary Visiting Specialist must have a minimum qualification post-doctoral qualification or equivalent Post – graduation degree from a recognized university.

The process of Interview- personal Interview.

Procedure to Apply:-  Applicant should refer the application form along with photocopies of relevant certificates and color passport size photograph send to the Medical Director, Southern Railway, Headquarter hospital, Ayanavaram, Chennai on or before 15th July 2017.