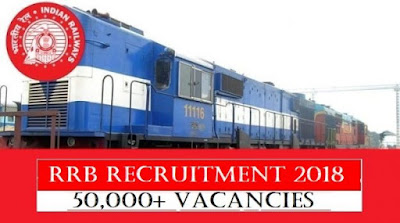 Profile:
Railway Recruitment Control Board is a government organisation in India. It was set up in 1998 in the Ministry of Railways (Railway Board), New Delhi.

Railway Recruitment Boards are organisations under the Government of India that manage the appointment of new employees to work in Indian railways.There are 21 boards situated in different parts of India:

n 1945, the Services Commissions were set up at Bombay, Calcutta, Madras and Lucknow. In 1948, the Indian Railway Enquiry Committee reviewed working of commissions.In 1949, due to financial constraints a ban was imposed on recruitments on Indian Railways thus numbers of commissions was reduced to one centrally located at Bombay.In 1953-54 when Economic conditions of Indian Railway improved, four service commission were again set up at Bombay, Madras, Allahabad and Calcutta. In 1956, the Estimates committee generally approved the method of recruitment by the constitution of the Railway Service Commissions. In 1983, to cater to the needs of areas which were being neglected due to locations of the existing commissions, seven more commissions were set up viz, at Ahmedabad, Ajmer, Bhopal, Bhuvneshwar, Chandigarh, Jammu and Srinagar with sitting at Leh and Trivendrum. In 1984 two more service commissions were set up at Malda and Gorakhpur. In January, 1985 Railway Service Commissions have been renamed as Railway Recruitment Board (RRB). At present 19 Railway Recruitment Boards are functioning

Graduation details are: 10th Pass or ITI from a recognized institution or equivalent qualification.

Fee details are: Job aspirants who want to participate in RRB Recruitment process, those need to pay the below application charges through Online

Process of Interview: Railway Recruitment 2018 (RRB) will conduct the Written Exam to the eligible candidates from the job applicants.

Apply procedure for RRB Jobs 2018
Interested and eligible applicants can apply online through the official website of RRB www.indianrailways.gov.in, before 31st March 2018.